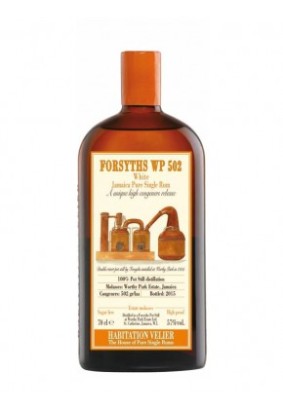 Under the label of ‘Habitation Velier’ our Italian friends bottled a series of  pot still rums from well known distilleries.

We do love this series, and especially the labels that provide us with so much information you otherwise won’t find. First one we try comes from the Worthy Park distillery in Jamaica.

Now this rum underwent a rather special/spectacular fermentation of no less than…3 months! A super long fermentation using dunder, leading to a very aromatic rum with no less than 502 mg/l esters.

The Nose: very aromatic indeed! Starting rather vegetal (must), coffee-and-milk, and a fair amount of strong white pepper. It also has this little medicinal touch, iodine and seaweed. Reminds a bit of this tropical fruit that’s called cajá in Brazil, and jobito in Mexico. Stewed fruits.

The Taste: alcoholic and hot, slowly evolving towards white fruits, mocha, milk chocolate and coconut milk. Also some bitter clove. This also reminds me of some of the better marc de champagne or grappa  I tried before. An overall grassy but sweet taste.

The Finish: is fresh and medium long, with faint touches of fruit again (pineapple), sweet must and again these nice mocha and toffee notes.  Surprisingly rich for an unaged rum. 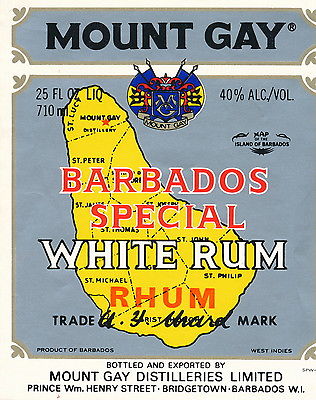 An old white rum from Barbados, bottled somewhere in the 1970s. So still a 750 ml bottle with screwcap; import for Germany by Maykamp.

Nose: Soft with subtle vegetal notes, some sweets with a herbal touch. Rather mineral, wet slate. Also a sweet fruity aroma that reminds me a bit of those maraschino cherries.

Taste: again rather soft and round. The alcohol is present and tingles the throat and tongue, but is in no way aggressive. A rather sweet taste with a hint of aniseed. Some peppermint gives it an extra fresh flavour. Also some green bananas on the background.

Finish: A rather longue finish that is medium sweet. The peppermint stays until the very end. Well balanced rum! 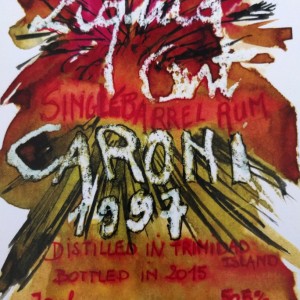 Nose: Herbal, spicy but yet very fresh, with even some hints of mint lingering through. White pepper and liquorice, together with a more maritime aroma. The alcohol is present, but not overwhelming. Also quite some warm vanilla and butter. And I even get something that reminds me of good old vintage port wines. After a while, the sweeter vanilla takes over.

Taste: Hot and spicy, with a firm alcohol punch. The typical notes of ta rand engine oil that Caroni so often has, is rather absent here. I do get, however, some smoked meat (filet d’Anvers). Dark molasses and old leather. Liquorice. Let’s say it’s a medium-phenolic Caroni, with a very nice balance between the spices and the wood. There’s also just a bit of fruitiness on the background, but it’s hard to put your finger on it. Adding some water makes the wood popping out, turning this Caroni somewhat more bittersweet.

Finish: Again spicy and warm, with a pleasant sweetness. The finish is rather long, starting with some punch but quickly getting softer. Again very well balanced and just a bit drying towards the end. The wood is subtle, yet there.

Not the most typical Caroni around. This Liquid Art is definitely no Liquid Tar, so if you’re looking for a  very heavy Caroni , this might not be for you.  But still it’s a great rum, and in fact a rather accessible Caroni. This is somewhere in between Velier’s heavy Caroni’s and Rum Nation’s lighter Caroni.